Interested in custom harvesting and processing of cattle? Whether it’s one of ours or one of yours, feel free to contact us to discuss the details! 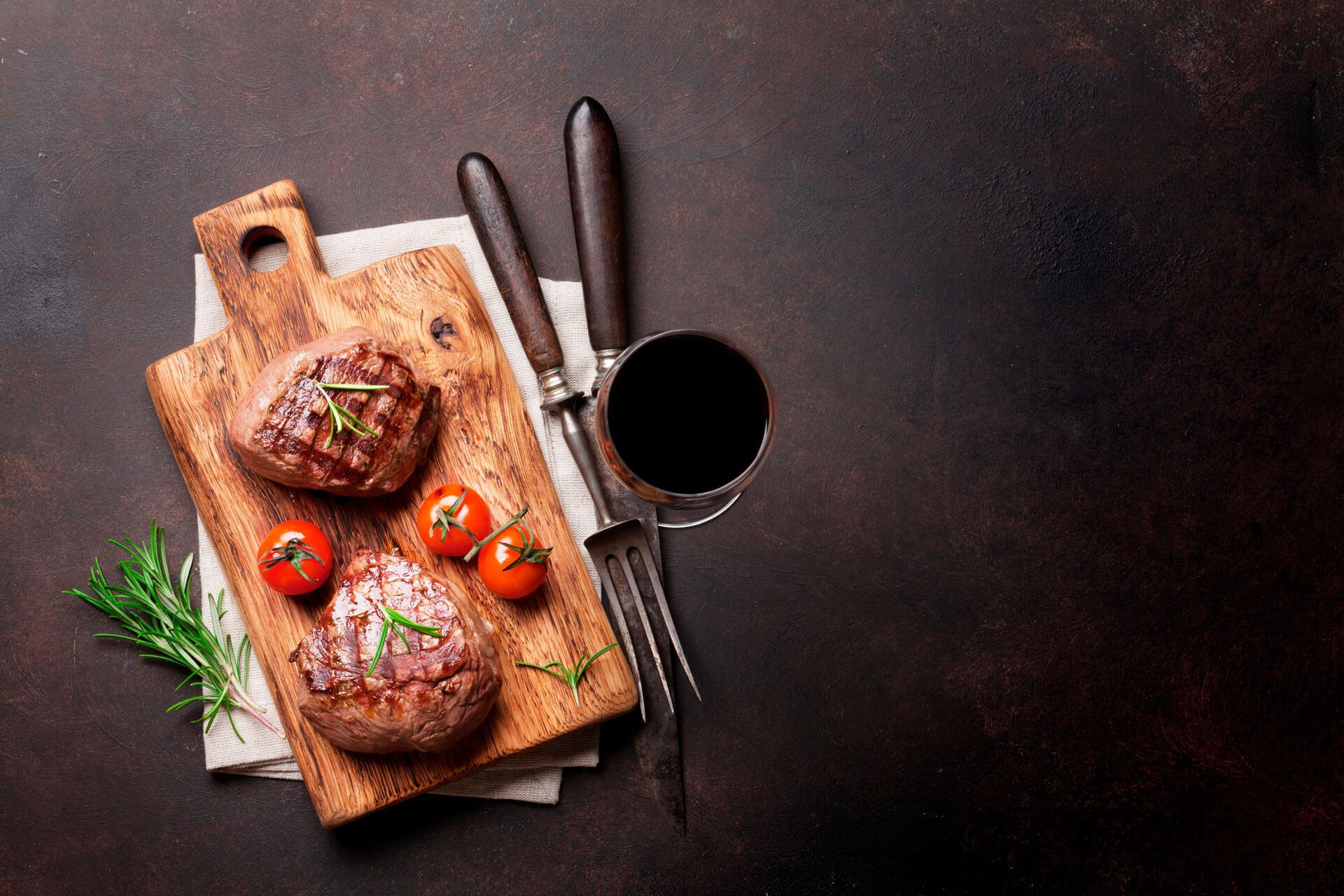 When it comes to cooking a steak, it seems like everybody has an expert opinion. But let’s forget about all the armchair chefs for now and explore some of the most repeated myths about cooking steak so you can avoid these common mistakes and recreate the steakhouse experience at home.

Busted! Though it’s true that marinades work wonders when you’re cooking low-and-slow, they’re just about useless when it comes to searing a steak. And it’s not a matter of personal preference. The heat you need to sear a steak will burn most marinades, causing a funky, bitter flavor that’s just not that tasty. But your dog will love it. Steaks need high heat and low moisture to develop their delicious crusty exterior, so save your marinades for chicken.

This one’s busted, too. The red liquid on your plate when you cut into a rare or medium-rare steak is a combination of water and an animal protein called hemoglobin and it’s where “red meat” gets its name. This protein’s job is to deliver oxygen to muscle fibers, and like blood, which by the way it is not–hemoglobin contains iron, and what you see on your plate is the iron’s reaction to oxygen, as it turns red when exposed to air. In fact, nearly all the blood is removed during processing so you can cook with confidence.

Myth #3: You only need to flip steaks once.

This one is only true if you’re grilling a steak to take a picture of it. Otherwise, you can flip your steak as often as every 30 seconds, and there’s actually a good reason to do so. All the advice about “only flipping your steak once” is only true if you need picture-perfect charred hashmarks for an Applebee’s commercial. In reality, flipping your steak once every 30 seconds helps it cook faster, more evenly, and avoids the dreaded “curled edges” that you get from only flipping once.

False! The purpose of searing a steak in a scorching hot skillet isn’t to “lock in” the juices but is actually to burn off the excess moisture that lowers the temperature in the pan and keeps your steak from developing a delicious, crusty exterior. Animal proteins start browning around 310°F during a process called the Maillard Reaction that causes proteins to breakdown into amino acids, which then bond with natural sugars to produce a nice, juicy steak.

This myth isn’t just false, it’ll ruin your dinner. Instead, here’s a better piece of advice: don’t salt your steaks too late! You should salt your steaks at least 45 minutes before cooking, otherwise you risk cooking a wet steak that steams instead of sears. Salt extracts moisture from inside the meat, drawing it to the surface where it dissolves the salt and creates a brine directly on the surface of the meat, which is then reabsorbed by the steak where it gets to work breaking down connective tissues and enhancing the steak’s flavor.